In a globalized world characterized by modes of economic production requiring the ongoing production of new knowledge, Africa will only compete if it is able to participate as more than a producer of raw materials for ‘reinvented’ goods.  In order to do this, Africa needs to increase its research production. This will only be achieved if more doctoral graduates are produced and if its existing scholars are supported to work at the cutting edges of disciplines and subject areas.

However, the need for economic development is not the only reason for an increase in research production. Knowledge contributes to the stability of democratic societies. The opening up of research production to those who have been previously marginalized is central to this.

This project differs from many others aimed at increasing research capacity by focusing not on the development of structures, such as programmes, units or policies but by working in the ‘cultural domain’ to foster the development of research-rich environments in which academics and postgraduate students can thrive.  Social scientists constantly remind us that culture is as important as structure but is often overlooked.

The focus of this project on creating postgraduate collaborations through fostering necessary research-rich environments emerges from various drivers. The pivotal role played by universities in responding to community needs through research requires continuous improvement in the level of postgraduate education.

At the same time, the Plan recognises that the academic workforce in South Africa is ageing.  The need to produce a ‘new generation’ of academics who are more representative of the demographics of the country is imperative. About 36% of academics in the South African higher education system have doctorates. The goal in the Plan is to increase this to 75% by 2030. It is only by developing research rich environments and improving supervision that these goals will be achieved.

The Kenyan government recognises the importance of postgraduate training and research, and of science and technology in national and regional development and to meet societal needs globally. It also recognises the role universities play in this aspect and this is captured in the Policy Framework for Education and Training: Reforming Education and Training in Kenya, Ministry of Education (Sessional Paper, 2012 and No. 5, 2015).

As for the CPC project, the national priority of EACEA’s CBHE programme (KA2) with regard to South Africa (Region 10) and Kenya (Region 11) concerns “the development of research and innovation capacities”. 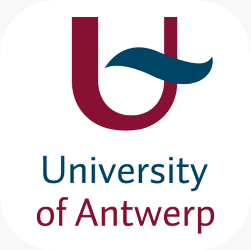